Kids probably ask you for around a hundred things every single day, and what kind of parent actually likes having to say no to their child a hundred times? Truth is, you will never be able to stop your children from wanting new and different things. Every parent just wants their child to be happy but sometimes you need to set some limits. More often than not, saying ‘no’ could be a little bit too harsh so we’ve round up a few other ways to make ‘no’ not seem so disheartening for your child to hear. Kids love all sorts of sweets and junk food but too much is too much. You want them to grow up healthy and eat food that is good for them. When they ask for another bowl of ice cream, offer a healthier alternative. Another instance would be when they are being rough and throwing things around the room, you could rephrase and show them other ways of grabbing and handling things: “Why don’t you do it like this instead?” or “How about you do it this way instead?”

When it comes to talking to your children, over-explaining and using difficult words may put you at a great disadvantage. It’s always better to put things simply: “Eating too much junk food is not good for you”, or “If you’re not careful, you might hurt yourself and others.” That way, your children will find it easier to understand what they might be doing wrong.

There is a time and a place for everything. Rather than immediately telling your child no, why not tell them that they can do it at a later or at a more appropriate time? Knowing that they can eventually have something or do something can appease them.

At this day and age, your kids are glued to technology–particularly to your phone with the dozens of games they’ve downloaded for them to play. When it’s time for you to get your phone back but they insist otherwise, offer something in exchange (e.g. another toy, harmless playthings). Kids can easily get bored, but there are thousands of ways you can keep them occupied, so just make the most of everything around you!

Isn’t it just priceless to see your children laugh? Making them laugh is a very cheerful and positive approach in redirecting their attention elsewhere, especially when they are being stubborn. Making a silly face, tickling, and making weird and funny noises are just some ways to put a smile on their faces!

There are several ways to tell your child ‘no’ using positive language to establish boundaries. It will be difficult at times, but just think of the bigger picture and remember it’s for the well-being of your child that makes it well worth the effort and trouble!

Tagged: how to say no to your child / saying no / ways to say no 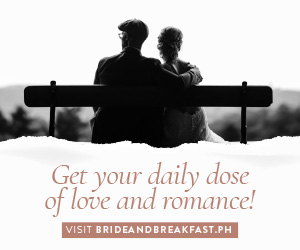